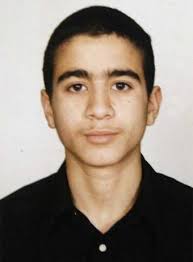 The eight-year politically charged trial of Omar Khadr ended two weeks ago. Khadr was sentenced by a military jury for 40 years behind bars for killing a US soldier with a hand grenade during a firefight in 2002 in Afghanistan. His lawyer had managed to strike a plea bargain through a confession of guilt (apparently bartered by the Canadian government), which eventually reduced his final sentence to eight years.

Omar Khadr is now 24 years old but has been in custody since he was 15 and has spent eight of his 24 years in Guantanamo Bay prison – a latter day Alcatraz. He is the fifth Guantanamo inmate to be convicted at the military tribunals and during his custody period has been held in solitary confinement for long periods.

The pathetic story of Omar Khadr has dotted newsreels sporadically over the years with sentiments varying from outrage at this boy-man’s ‘evil’ deeds to sympathy for a child soldier becoming a victim of his parents’ war ideology. It has been painful to read his saga, especially when accompanied by his picture as an adolescent exuding the natural innocence that any 15-year-old might have. How malevolent could he have been? Enough, I suppose to have brought the sentence of 40 years on his head.

Omar Khadr is originally from Toronto but had lived in Pakistan and Afghanistan with his father Ahmad Khadr, who was killed in 2003 in a firefight with Pakistani troops and is described by US authorities as a high-level Al-Qaeda militant with links to Osama Bin Laden. Omar Khadr’s fate was sealed even before he had reached his fifteenth year. The media reports state that in one of his confessions Khadr made, he apparently indicated that his father made statements that the training was to be used in attacks against the Jews because the Jews are always fighting and that he had been told that for each American killed he would be given nearly $1,500 as reward money.

Since his arrest and subsequently since the trial began, Omar Khadr has been a source of embarrassment for both Canadian as well as the US governments. For the Canadians, because they were seen as ‘helpless’ cohorts in the face of Bush’s war on terror and did not extend him his rights as a Canadian citizen, nor did they assert that as a child soldier his rights should be protected and he should be rehabilitated. As always, it was Canada’s posture of agreeing to US dictates for keeping Canadian borders open to businesses. For the US, it was embarrassing because they were coming under fire yet again for blatantly abusing all human rights conventions by trying a juvenile in a military court. The Star columnist Thomas Walkolm pointing out the absurdity of the situation wrote, “He’s accused of not just murder but war crimes, the same charge levelled against the Nazi leadership after World War II.”

The purpose of writing on Khadr is not to prove any point here regarding the US government’s insane policies or those of Jihadists. This is just a sorry tale chronicling a child’s destiny shaped by the evil intent of his elders. Every time I read Khadr’s story, I wondered whether he or others like him have ever known what childhood means and what ‘war’ or even ‘peace’ is? Whether their parents when seeing these kids as infants always planned on turning them into human bombs? Are these parents soulless humans or simply human machines, programmed by some unknown formula that only recognises the language of destruction, murder and torture?

Omar Khadr’s crime has been in question throughout his trial proceedings. Images from a documentary which was released during court proceedings have thrown a doubt over the allegations against him when he was captured after the firefight. Michelle Sheppard, The Star’s correspondent reporting on the trial from Guantanamo Bay wrote, “Images show Khadr, lying face down with gaping bullet holes plainly visible, covered in a layer of dust and debris following an air bombardment that blasted the compound he was in, to smithereens.

The extent of his injury sheds doubt on his ability to have carried out the crime. Yet he still languishes at Guantanamo Bay…” In prison, he was reportedly said to have “wept inconsolably for his mother” during his interrogation by two officials from Canada’s spy agency with a female CIA officer in attendance.

Omar Khadr’s story is just one long series of miserable events. He was undoubtedly the victim of his parents’ abuse – filling a child with hate and training him to fight undoubtedly qualifies as abuse. But the more miserable fact is that there are probably several hundred more Khadrs-in-training out there — with the same fate as Omar Khadr waiting for them — victims of war, power and warped ideologies.

And I am still not sure who is to blame. I do feel though, that just by being complicit, we are all perpetrators, standing by while children become criminals in the name of Islam.
maheenrashdi@yahoo.ca