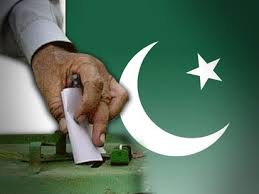 Recalling the last 63 years of Pakistan’s history, democracy is found only as an interval before the arrival of the next military regime. Democracy was doomed when Liaquat Ali Khan, the first elected prime minister, was shot at a public gathering.

From there onwards, the balance of power shifted in the favour of the military. An interesting comparison reveals this shift: from 1951 to 1957 India had one prime minister and several army chiefs while during the same period Pakistan had one army chief and several prime ministers.

From Ayub Khan to Pervez Musharraf, military rule ruined the state structure of Pakistan as a whole, with only the elite benefiting from the system and no benefit being passed to the general public. Military policies have given the country cross-border and internal terrorism, millions of internally displaced people and a bankrupt national economy. Ironically we are always ready to welcome them again.

Although every person in Pakistan, whether in a position of power or not, is very vocal about the very idea of democracy, no collective effort is seen to establish it as an institution. As the political and government culture in Pakistan is a product of its links to the pre-partition British rule, Pakistan’s leaders knew best from this inheritance the vice-regal system that made little or no provision for popular awareness or involvement. Consequently, even after more than half a century of the country’s independence, we are still entangled in age-old feudal, tribal and panchayat systems.

Feudalism is one of the key factors responsible for the weakness of the democratic politics in Pakistan and the supremacy of the bureaucracy. The landed aristocracy has always dominated Pakistan’s political, social and economic life. If you look at history it very clearly shows how land reforms introduced in 1953 played a key role in creating a democratic Indian state. On the contrary no such reforms were ever introduced in Pakistan – for which reason the poor masses remain under the control of feudalism. Given the fact that feudalism is prevalent in the rural areas, no investment is allowed in these areas.

The failure of Pakistan’s democratic rulers is evident from the fact that no agrarian reforms have ever been introduced to abolish feudalism. National oppression continues as a festering wound on the body politic of this country. The task of the formation of a modern nation-state is far from being achieved. Issues of electricity shortfall, floods and terrorist activities every now and then have only made things worse.

This state of affairs has wrought havoc on the social and economic life of Pakistani society. Even the present theory of “reconciliation” initiated by imperialism is the most blatant and insidious form of class collaboration and is in no manner serving the purpose.

The very fabric of democracy that could have been the driving force behind this country becoming one of the most powerful and well-respected countries in the world is now being unravelled before our eyes and we prefer being silent spectators. Alienation and disengagement from politics has already led Pakistan to its lowest ebb of catastrophe and ignominy. It is beyond comprehension why we fail to understand the need of active citizenry, especially from the bourgeoisie, exercising accountability or an effective method of recalling elected representatives if they do not perform.

Today, democracy is more seen as a peaceful way of tyranny and suppression; a reductionist version of justice, a fallacious idea of the rule of law and a deceptive concept of equality before law. Those who once comforted themselves that a democratic government would never let all this happen might now abandon a last delusion, that their freedom is inviolable. From liberty to equality, fraternity to sovereignty, an independent judiciary to the rights of the people, all are denied and demonised by the defective democratic system.

Opportunities for a fair governance, true democracy and civil society in Pakistan can only flourish when democratic practices are allowed to prevail in form and substance under the supremacy of an unchanged constitution. The repeated alterations in the constitution to suit existing rulers leave no positive memory and little chance for institutions to adapt and support values at the root of democracy.

Robert Hutchins rightly said: “The death of democracy is not likely to be an assassination from ambush. It will be a slow extinction from apathy, indifference, and undernourishment.” With no moves expected in the right direction any time soon, democracy is, if not already dead, dying in Pakistan.